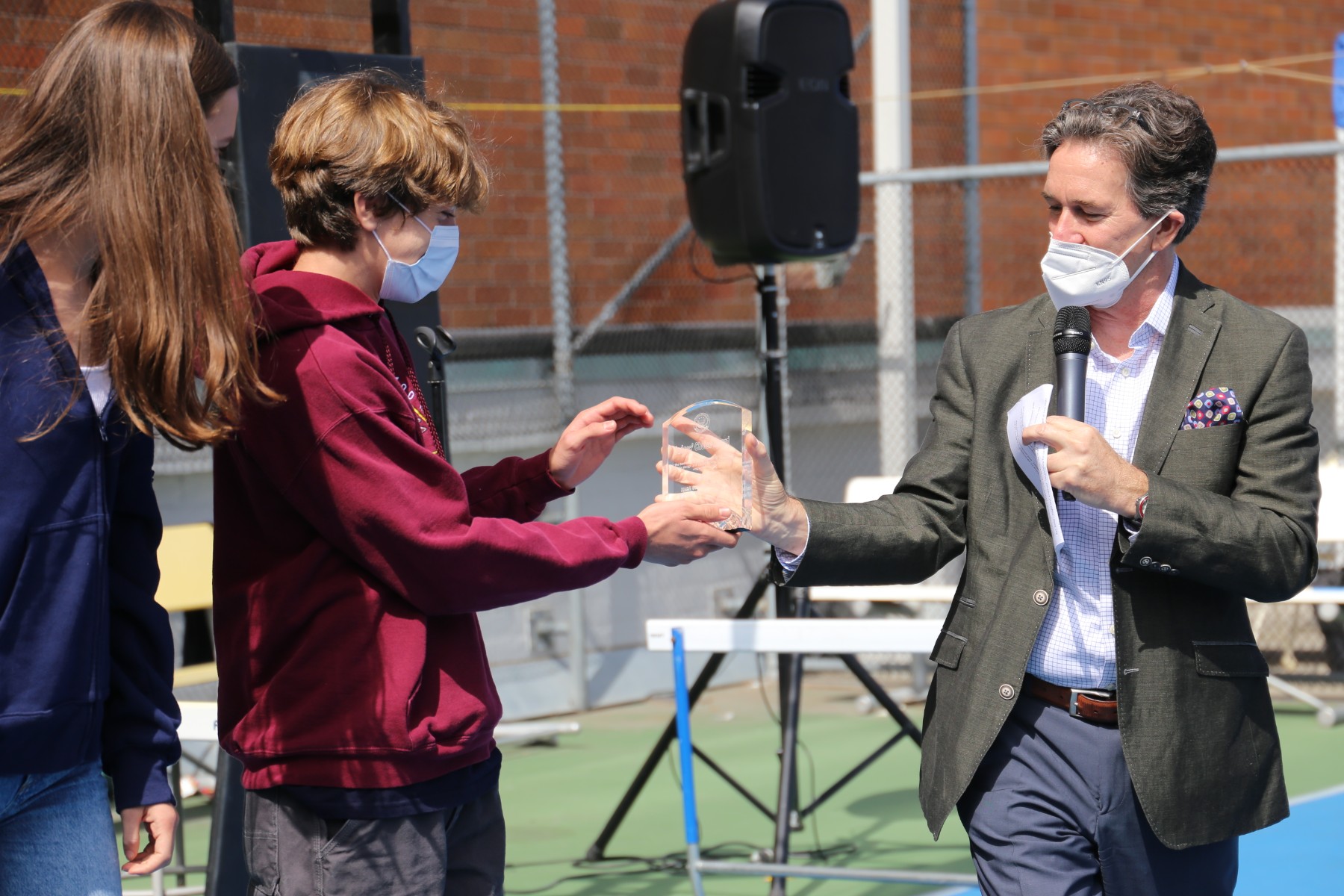 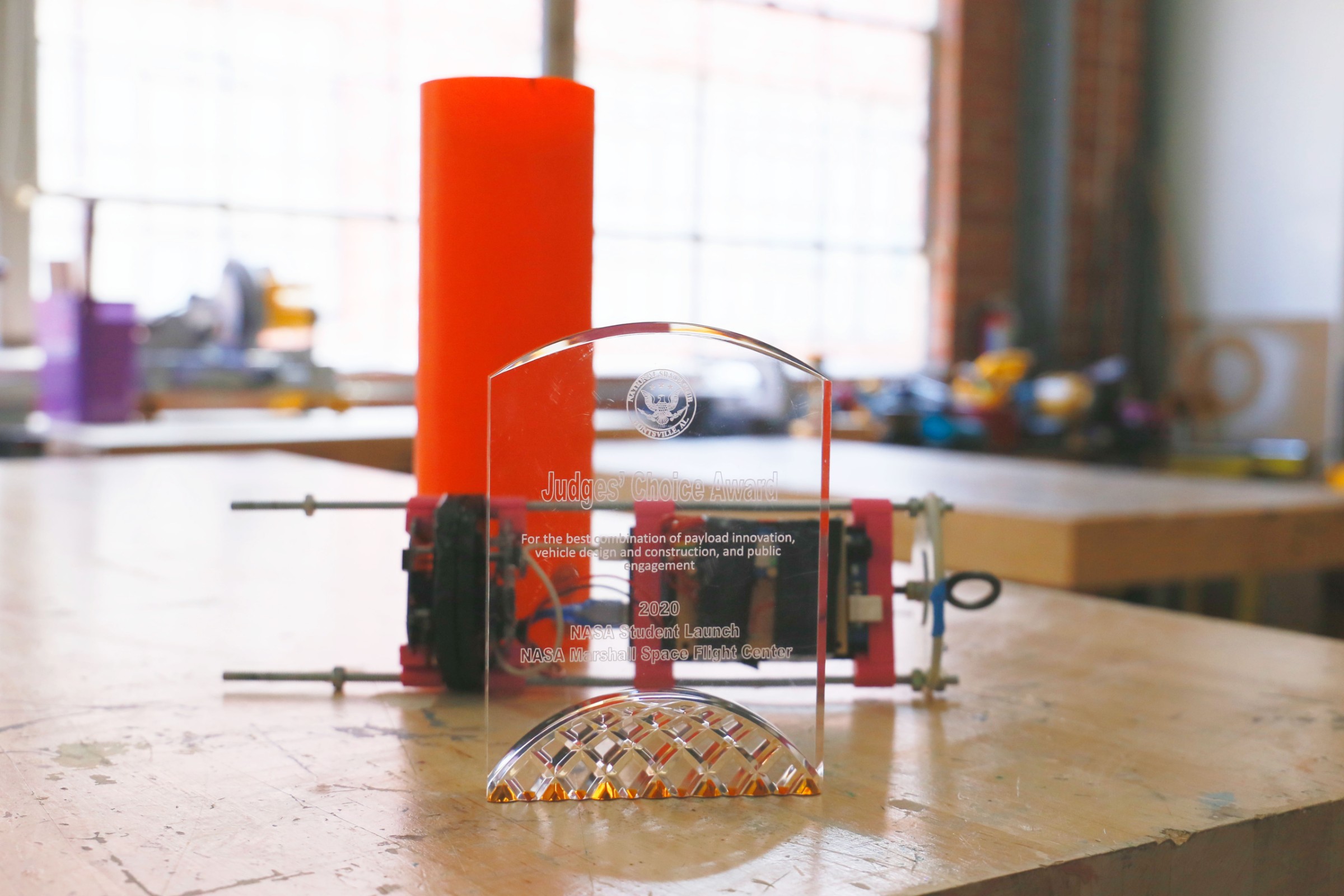 Wildwood Institute for STEM Research and Development (WISRD)
In the seven years since its founding, WISRD continues to live up to its mission to define problems and conduct scientific research to better understand problems and add knowledge to the community.

For its work on payload assembly and rocket propulsion, WISRD was honored with the 2020 NASA Judges’ Choice Award in NASA’s Student Launch project. The NASA award recognized WISRD team members for entering the best combination of payload introduction, vehicle design and construction, research paper, and public engagement in the competition. NASA Student Launch challenges middle school, high school, college, and university teams from across the United States to build and fly a high-powered amateur rocket carrying a complex payload to over 4,000 feet above the ground. The rocket then must descend and land safely before its scientific or engineering payload can begin its work. The competition draws teams from universities and high schools across the country.

Recent WISRD work also includes a project with RECON, which is funded by the National Science Foundation, and whose main goal is to detect objects whose orbits around the sun transit Neptune’s orbit. This work has led to the future establishment of an observatory which would house WISRD’s Meade LX200 telescope as well as the cosmic ray detector in Big Bear, California.

Another long-term project of WISRD is a salinity study and creation of a hydroponics lab to determine the maximum salinity threshold of butter lettuce in an agricultural setting. In partnership with the U.S. Department of Agriculture at University of California, Riverside, the hydroponics team is studying how the salinity levels will affect plant growth and overall health, how plants may be able to adapt to rising salinity levels, and how rising salinity levels in groundwater supply will affect the future of California’s agricultural industry. 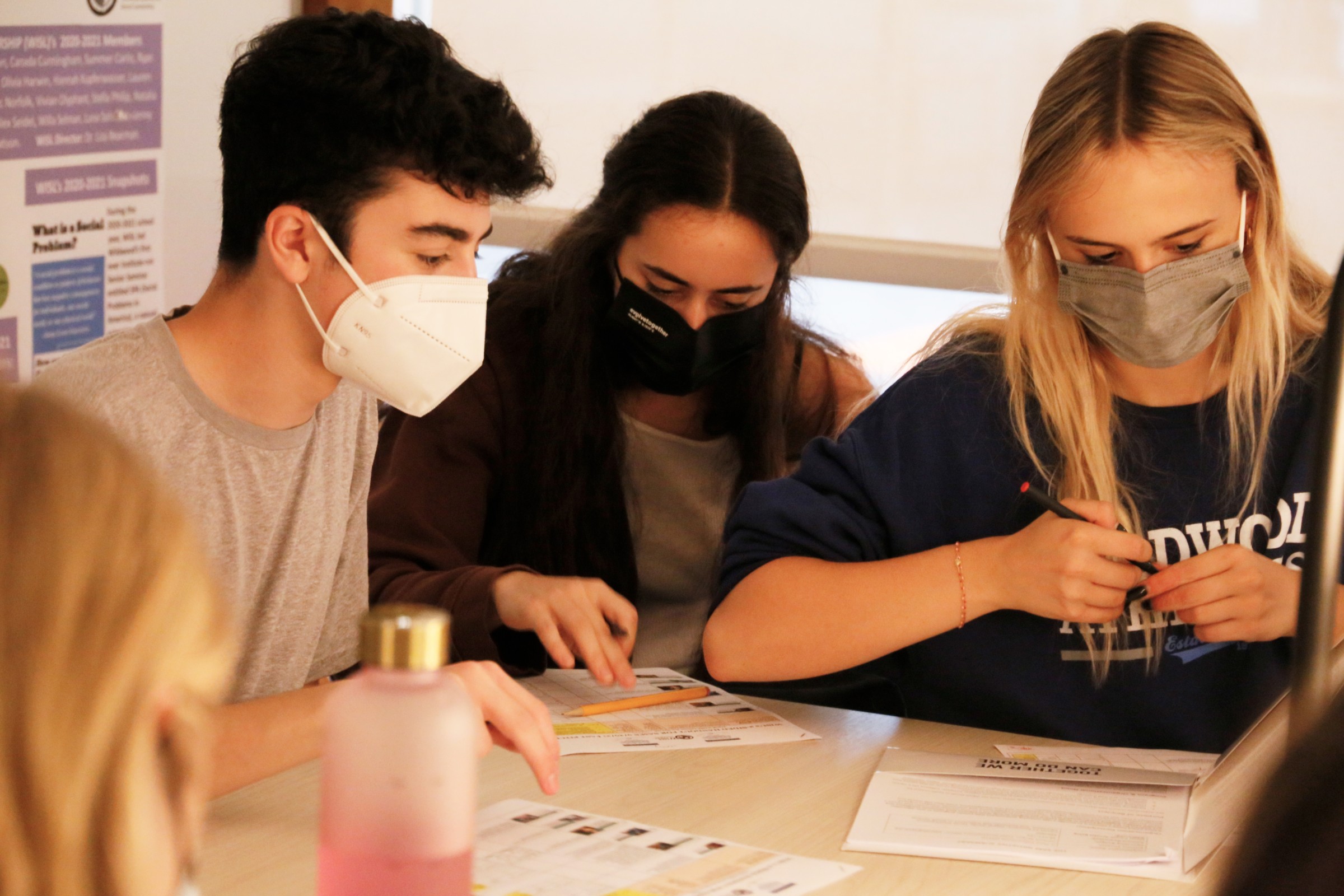 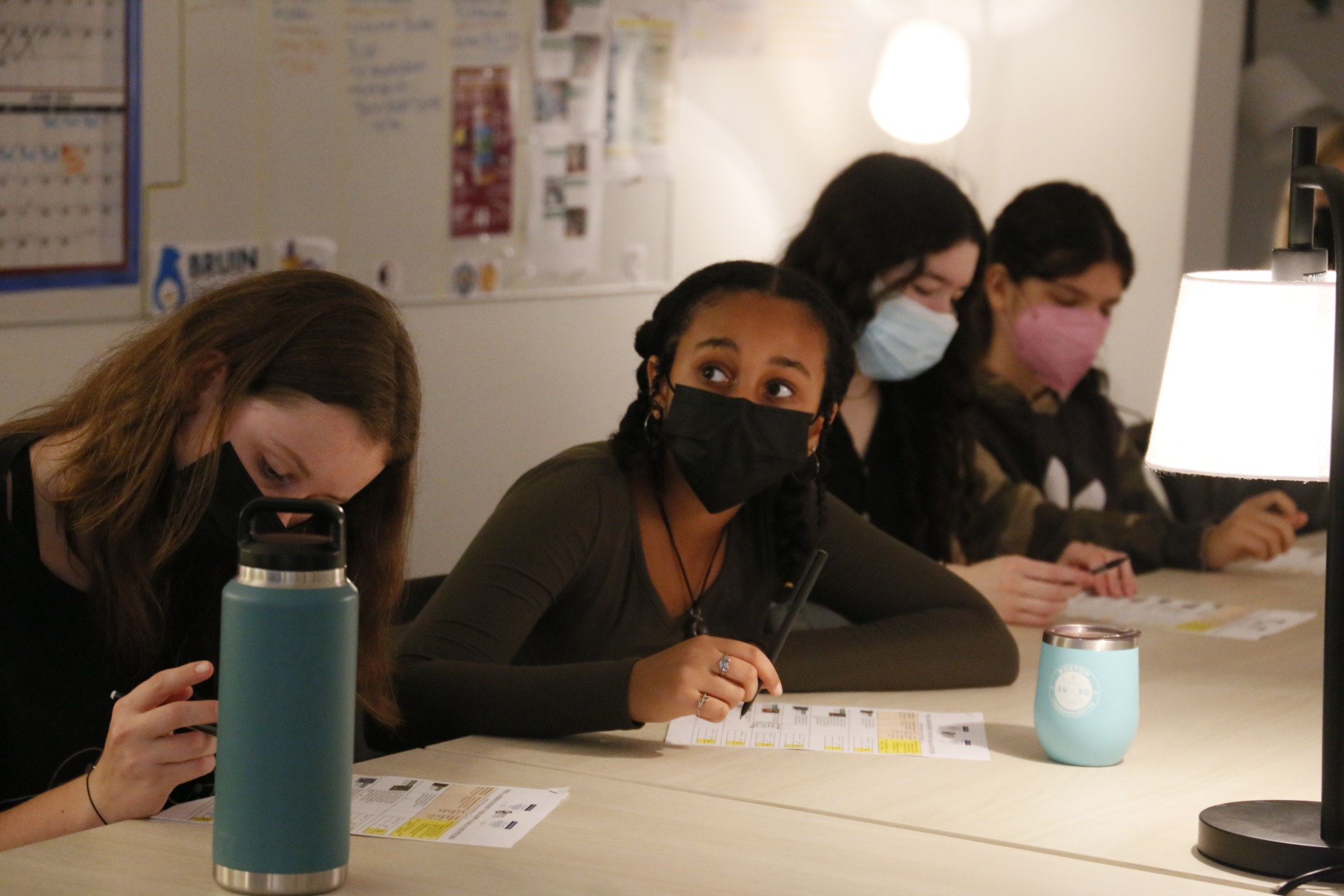 Wildwood Institute for Social Leadership (WISL)
In the fall of 2021, WISL became the first Institute at Wildwood to offer a senior seminar section at the upper school. In the first year of the seminar, 14 seniors signed up to take the seminar entitled “Social Problems in America,” which seeks to answer the essential question—In what ways might we better understand “social problems in America”—and what to do about them—in today’s world, especially in light of all that COVID-19 has exposed? Seniors taking this class also worked to codify the relationship between a typical senior seminar and the work of WISL. Projects included a visual project, a position paper, debate, and self-designed group project.

Other current WISL projects include a collaboration with the New Village Girls Academy (a Title I high school for at-risk girls) to work with non-native English speakers to learn conversational English during weekly Zoom meetings. WISL also completed a variety of research, evaluation, and impact projects with the National Charity League, Bookworm Global, and ICEF Inglewood (a K-5 Title I school). Additionally, they explored and built relationships with local homelessness and animal welfare organizations to expand WISL’s work in the 2021-2022 school year.

WISL was also recently invited by the SAM Initiative to take part in the organization’s grant making process, a process which they had only observed in previous years. This Zoom event, which is part of the giving circle’s grant-making process, included presentations by grant-seeking organizations asking for support of $35,000-$80,000. Alongside the SAM Initiative members, WISL members were asked to analyze the grant submission letters of intent prior to the event, ask questions after each pitch, then participate in ranking the projects they felt were most worthy of being funded. The members were part of a Zoom call with over 70 donors and nonprofit professionals and the six nonprofits from the Los Angeles area applying for support. WISL will attend the finalist pitches in December to vote on the final grantees. 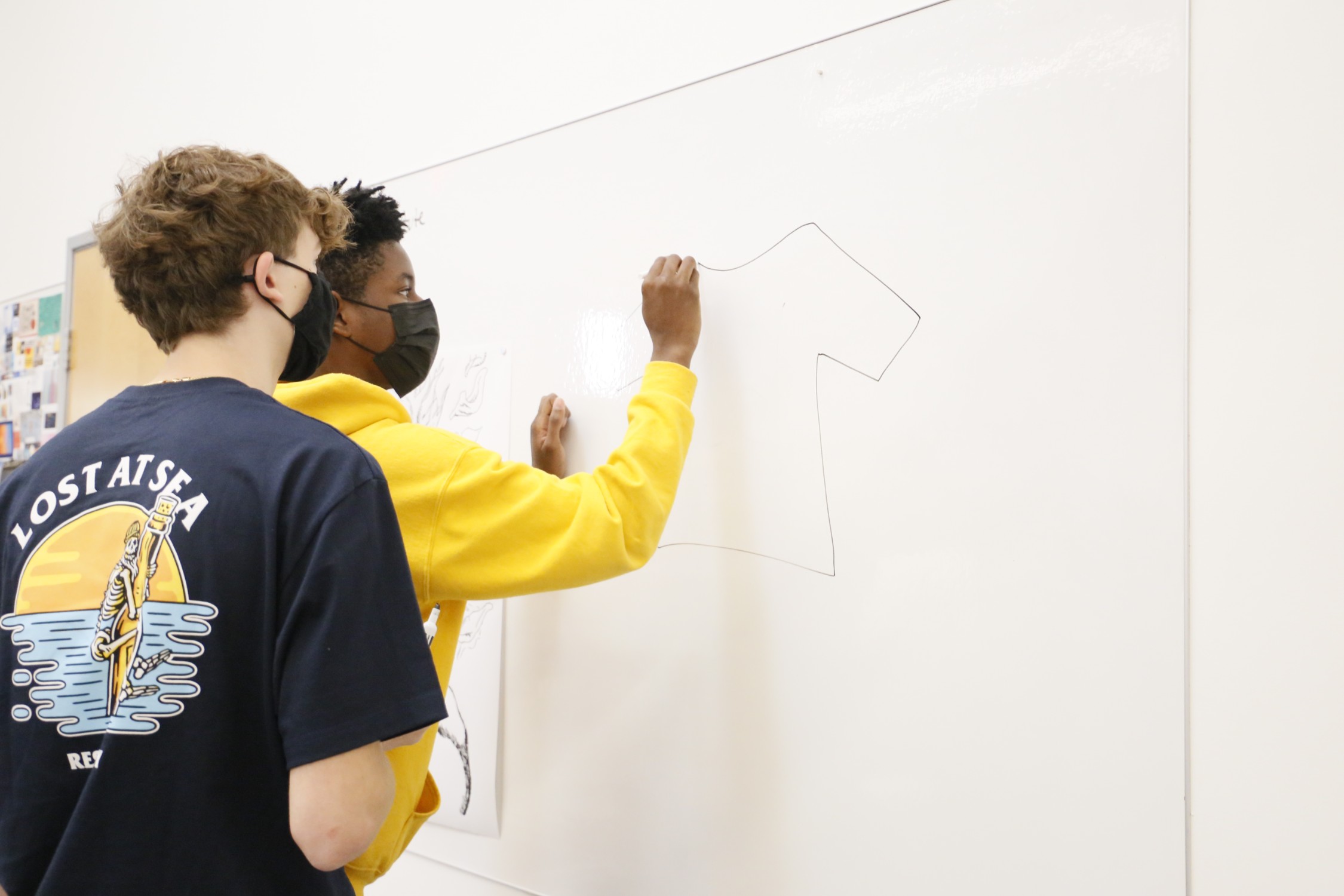 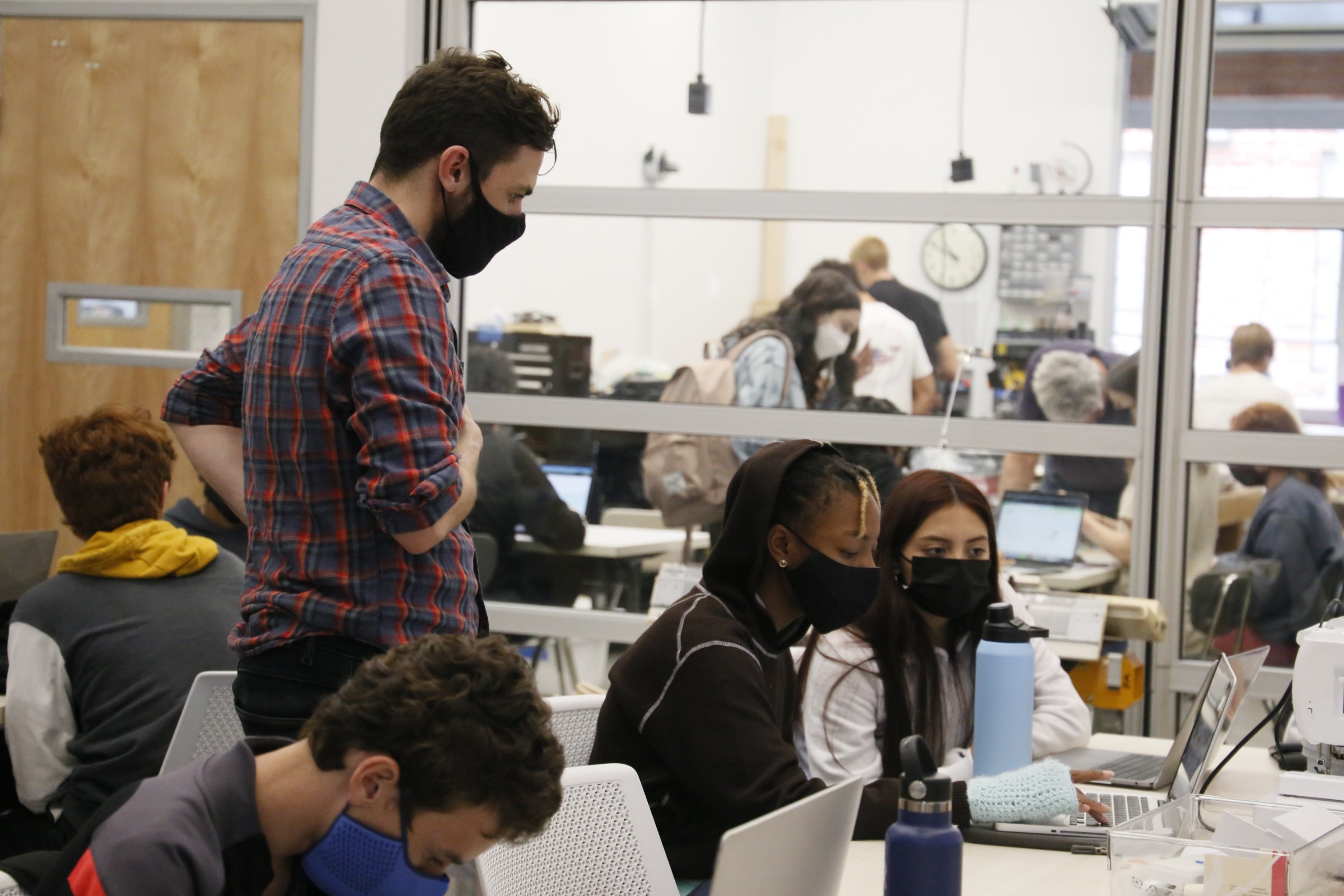 Members of WIE work in a series of three-week “sprint cycles,” where they set goals and determine tasks that need to be achieved to meet those goals. During the three-week sprint, a process that is used throughout the world for business development, they work on those tasks and at the end of the cycle, present the products of their work to the Institute members, reflect on their work, and elicit and consider feedback from their colleagues as they prepare for the next sprint.

Current projects or businesses in development include game design and playtesting, services and events, jewelry design, and textiles and fashion, with an eye toward products and solutions that will make the world better. For example, inspired by his recent internship, Huck F. ‘22’s video game prototype is designed to mimic how cancer can spread throughout the body. In addition to focusing on individual projects, members of the Institute work together to support and collaborate with each other. Not all members are experts in coding, but those members that are skilled in that area are collaborating with others in their projects. As they expand their own skills, they help to further the projects of their peers.

When asked what about the Institute makes it meaningful and relevant to the real world, members of WIE shared:

“When you are making pancakes, the first one isn’t perfect so to be able to make that first pancake early in life is really important.”

“WIE is a really powerful opportunity, it is really unique and I think it is an amazing space to make dreams come true at a young age. It gives a step out into the real world and real business without having to risk everything on one idea.”

“WIE is a space to nurture ideas that you think are impossible or unattainable and get them to the point where they really are something that can be concrete and real.”