Wildwood Wolves Are On the ProwlâFall 2021 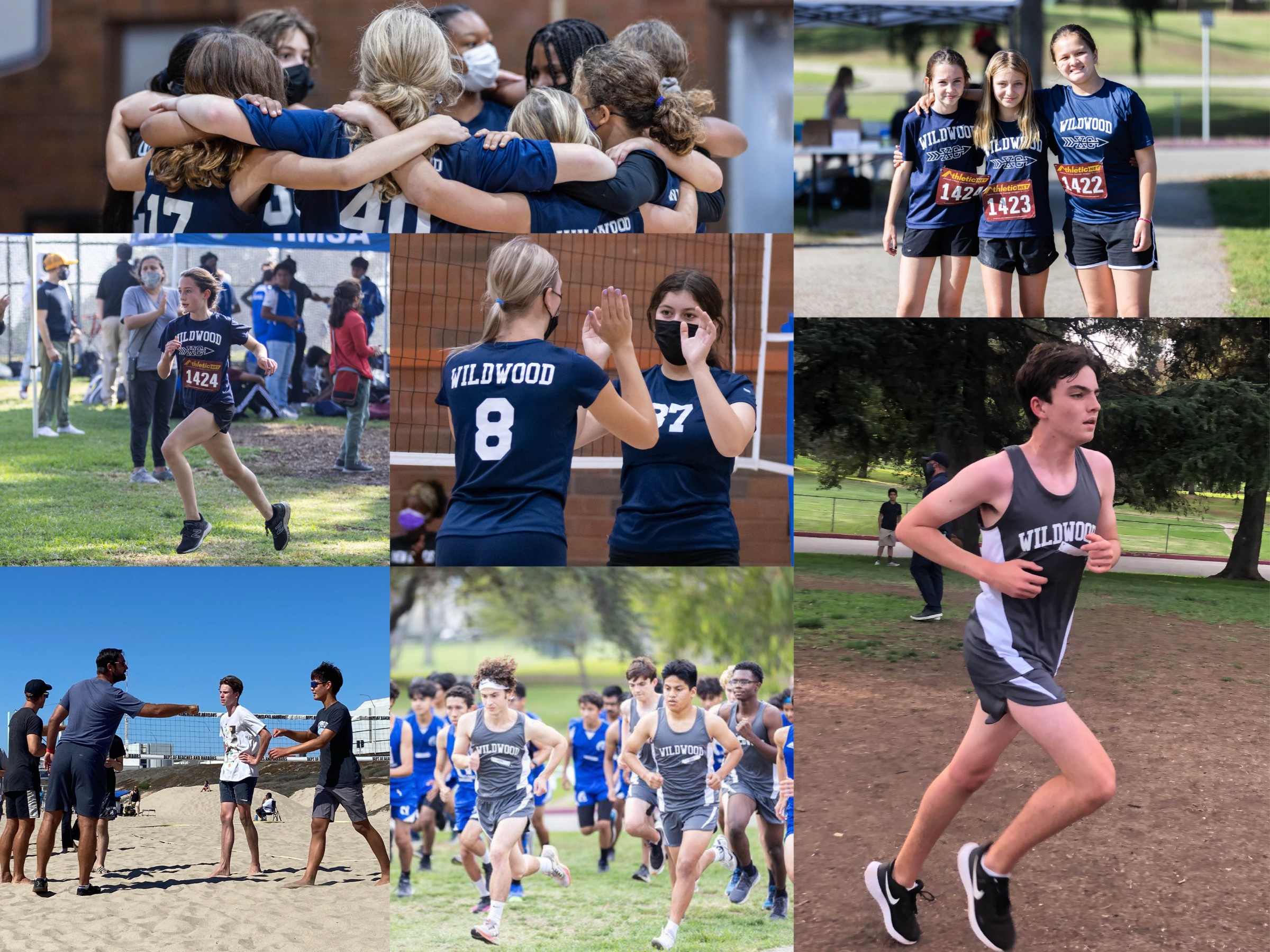 Wildwood athletes are back in action. This fall season, the middle and upper schools fielded teams in volleyball, beach volleyball, swimming, and cross-country.

After a dominating season against area schools, the 7th grade girls volleyball team won the league championship, defeating Windward in a nail-biter deciding match to take home the trophy.

Our varsity girls volleyball team also had an impressive season. With a relatively young squad, they qualified for CIF playoffs and traveled to San Gabriel Valley to compete in the round of 32, representing Southern California's finest.

In middle school athletics, our “Running Wolves” capped off an amazing season at league finals. In a great show of teamwork, the boys team came in 2nd place in the league. On the girls team, Imogen H. ‘28 won the entire race to become the individual league champion.

In swimming, our “Water Wolves” also had impressive performances during league finals. Both the boys and the girls teams came in 4th respectively (out of 12 schools), and included strong individual results. Koko B. ‘27 came in second place in the 50 and 100 free, beating the school record by 1.5 seconds. Additionally, Callum M. '27, Nikydon H. '27, Daniel L. '28, and Charlie V. '26 earned bronze medals in the 200 free relay and the 200 medley relay.

In varsity cross-country, Theo U.-N. ‘25 has advanced to compete in the regional cross-country finals at Mt. San Antonio College on Saturday, Nov. 20, after an impressive performance at CIF Regional Semi-Finals. He will be racing with and against the best of Southern California.

Want to show your Wolf Pride? Visit our spirit store to get spirit wear and customizable Wildwood gear (including youth options with our new Wolf Pup and athletics gear). Check out options from your favorite Wildwood sports!