Adrian was a member of Wildwood's first graduating senior class. Now a Ph.D. candidate in mathematics at the University of California, Irvine, Adrian vividly recalls himself as a teenager. "At the time, and it's probably still true, I was a better learner than student. I was never against gaining information and insights; I was just not the best at long-term projects." As an example, he remembers when his humanities class was given a choice of two assignments. He marveled that his good friend resolved her indecision by opting to do both. "I, on the other hand," he says, jokingly, "probably did neither. I found it inconceivable that someone would do twice as much work as necessary."

Despite his laissez-faire attitude, Adrian recalls being nurtured at Wildwood in a way that guided him toward his passion. "I don't remember it, but a reliable source told me that I walked out of a math class and said, 'I could do math for the rest of my life.' I knew that the concept of just doing math appealed to me and that physics or chemistry didn't."

Adrian earned his bachelor's degree from Occidental College. There, he enjoyed bonding with his math professors. But the highlight of his college career, Adrian says, was creating a weekly crossword puzzle for the college newspaper and anointing himself the puzzle editor. Adrian also developed an enduring interest in music, and he is the proud owner of 1,500 CDs. When he finishes his doctoral work in abstract algebra, Adrian's goal is to teach advanced topics in math, an experience he first savored as a substitute teacher at Wildwood. 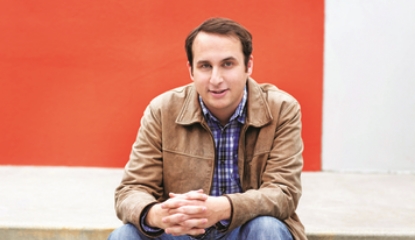 Nondiscriminatory Policy as to Students
Wildwood School policy prohibits unlawful discrimination based on race, color, creed, sex, gender identity, religion, marital status, registered domestic partner consideration made unlawful by federal, state, or local law or ordinance or regulation. Wildwood School also prohibits unlawful discrimination based on the perception that anyone has any of those characteristics or is associated with a person who has or is perceived as having any of those characteristics. All such discrimination is unlawful.
The following persons have been designated to handle inquiries regarding the School’s non-discrimination policies, including its Title IX policy: